Deliver tax cut cash by Christmas to boost the economy

Delivering budget tax cuts to Australians in time for Christmas will achieve the Morrison government's goal of boosting the economy, with tax watchers optimistic backdated cuts will help business and generate spending. 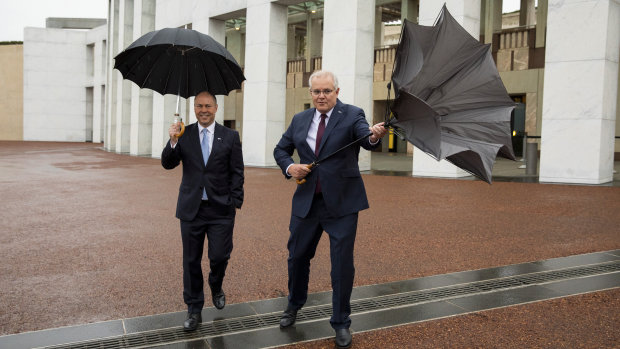 "In terms of delivering cuts at levels where we would expect the money to be spent and come back into the economy and create demand, I think that's the right thing to do," she said.

"If we can get them in before Christmas, I think we've got a good chance of getting some stimulus happening."

Former Treasury secretary Ken Henry, who led the Rudd and Gillard response to the global financial crisis, said the savings ratio had increased considerably in the wake of the GFC and there was a risk some of the cuts would also be saved this time.

But Dr Henry, the former National Australia Bank chairman, said the cuts were good policy anyway because they mainly returned "fiscal drag" – or the increase in average taxes on taxpayers' wages due solely to inflation carrying a greater proportion of the wages into higher tax brackets – rather than actually cutting taxes.

"Of course there is a risk that some of the tax cuts will be saved but there is another reason for implementing tax cuts, which is that the budget even before COVID was relying on fiscal drag to a much greater extent than is sustainable."

"We cannot be relying on fiscal drag as a major budget strategy. If we have a revenue problem we have to do something that does less economic damage than fiscal drag."

After Labor offered support for the cuts, the Tax Office began work to apply the changes to tax and payroll systems. The total amount of extra withholding is not yet clear.

“Tax cuts will always be a true sweetener but there is no point having the sugar if we are not addressing the cavity that is left behind by ignoring the need for holistic tax reform," he said.

“Many small businesses operate as sole traders and these tax cuts will help them with cash flow and put money back into their business," Dr Rennie said.

"Of course, tax cuts only provide effective stimulus to the extent that they translate to increased consumer spending.”

"The government has been generous in keeping the low- and middle-income tax offset for the current year, which will be payable next year on lodging tax returns.

"The tax cuts to the higher income earners, however, are not as well targeted as they are more likely to save these funds rather than consume.

"Consumer spending accounts for 70 per cent of the economy so it is important that any measures are properly targeted to achieve optimum bang for the buck," Professor Smith said.