The restaurant chain and FEMA work together in calamities like tornadoes and hurricanes, for good reason. 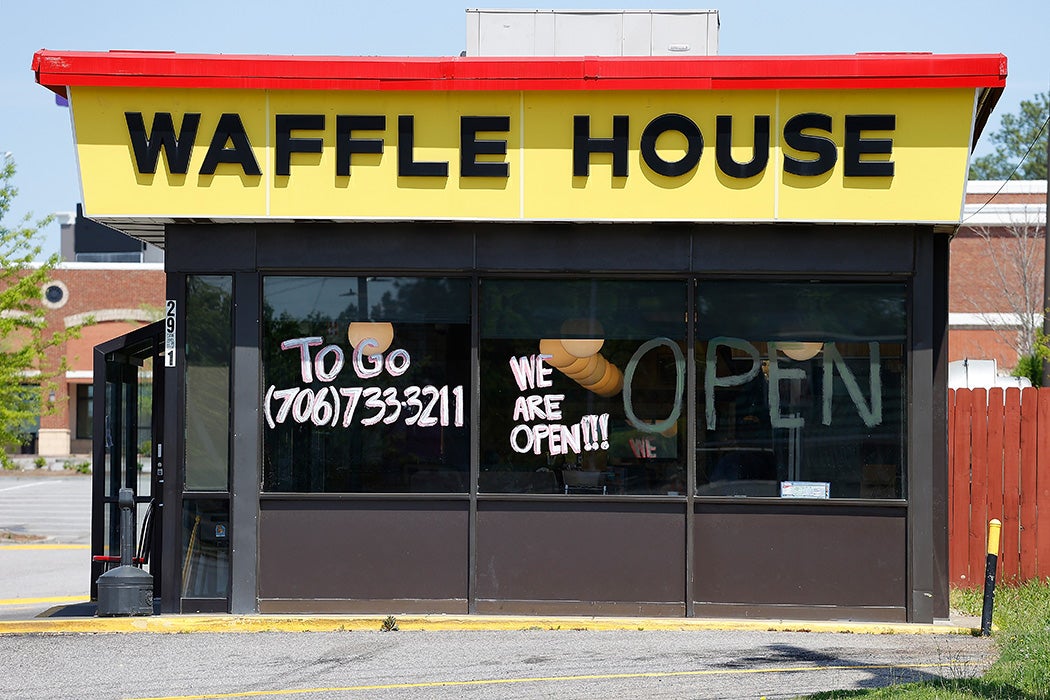 In the aftermath of disasters, we turn to governments and public institutions to mobilize forces, organize relief efforts, and provide care and disaster management. However, in many communities, especially in capitalist economies, the private sector commands considerable resources. In the face of major disasters, private companies and figures often have access to critical equipment, opportunities, or influence that can make a considerable difference in the face of a calamity.

In the cace of COVID-19, we’ve seen this as major companies pivot, doing everything from redirecting their factories to produce hand sanitizer, to building websites to help disseminate information faster, to aiding in research for vaccines.

The index sounds like a whimsical measurement, but it actually refers to a serious, though informal, measurement of a crisis’s severity.

Private sector partnership in the face of community need is nothing new, and has long been integral in national response and rebuilding. Take, for example, the case of the Waffle House Index.

Waffle Houses are what they sound like: homey diners that dominate the southern part of the United States, serving up staple favorites like pies and iced tea. With that in mind, the index sounds like a whimsical measurement, but it actually refers to a serious, though informal, measurement of a crisis’s severity. The Federal Emergency Management Agency (FEMA) uses the restaurant chain to gauge how badly an area is affected. As a former FEMA official told NPR, “If the Waffle House is open, everything’s good.”

As Professors Brent McKnight and Martina Linnenluecke explain, Waffle Houses take on a particular role in their communities after disasters. They stay open, “deploying mobile generators and offering reduced menus. [The] restaurants provide refuge for first responders and customers as well as ongoing employment.”

FEMA didn’t originally consider the restaurant chain a disaster management base, but it naturally became one as each community faced distinct challenges.

Its business continuity planning included offering a stripped-down menu, operating electrical generators, and employee disaster training. But this response also provided ideal conditions for FEMA, first responders who could base their emergency operations in Waffle House facilities. Over time, Waffle House and FEMA began to see each other as more legitimate stakeholders.

According to the authors, FEMA and Waffle House eventually entered into a formal arrangement, with the restaurant chain submitting operational status reports to FEMA, which helps in organizing disaster response planning.

It’s not all charity—after all, if COVID-19 shows us nothing, it’s that companies’ bottom lines are not impervious to what’s happening to the communities around them, and are deeply affected by the daily lives of their employees and consumers. A former Waffle House CEO explained it succinctly: “Nothing good can come from a closed Waffle House after a hurricane—not for us, not for the community, not for associates.”