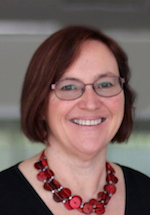 Professor Catherine Dean is a physiotherapist with a full-time academic appointment with teaching research and administrative responsibilities. In 2011 Professor Dean moved to Macquarie University in a key appointment for the University’s expansion in health and medicine. She was appointed the inaugural Head of the Department of Health Professions and has established NSW’s first professional entry Doctor of Physiotherapy (DPT) degree.  In 2014, she received the Executive Dean’s Service Award for engaging students and the community in establishing the Discipline of Physiotherapy and in 2015 led the DPT teaching team which was awarded the Faculty of Medicine and Health Sciences excellence in teaching award.  In 2017, she was appointed Deputy Dean of The Faculty of Medicine and Health Sciences.

Prior to her Macquarie University appointment, Professor Dean worked as an academic with teaching, administrative and research responsibilities at the University of Sydney for 20 years. Her research interests are developing and testing of rehabilitation strategies to increase activity and participation, falls prevention, translating evidence into practice and clinical education.  While Professor Dean has primarily worked with people after stroke, she has also worked with people with Parkinson's Disease, Cerebral Palsy, Back Pain and hearing impairment. She has published in leading journals such as Stroke, Archives of Physical Medicine and Rehabilitation, Pain and Ear and Hearing. She has been awarded over $7 million in grants for research and education. Professor Catherine Dean’s research has changed physiotherapy practice in stroke rehabilitation. Professor Dean’s research findings have been integrated into national and international clinical practice guidelines, such as the NHMRC-approved Clinical Guidelines on the Management of Stroke 2017 and featured on the Canadian Stroke Network StrokeEngine site.

Programmatic approach to assessment and feedback

Feasibility of the SOZO device for home monitoring of lymphoedema

Observations of activity levels in a purpose-built, inpatient, rehabilitation facility

Faculty of Health Sciences, The University of Sydney, Support of the Student Experience Teaching Award

Journal of Physiotherapy 2014 Paper of the Year

Activity: Participating in or organising an event › Organising a conference, workshop, ...

A framework for becoming an extraordinary leader