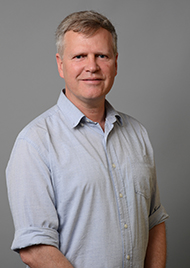 I arrived at Macquarie in 2005, after teaching anthropology for three years at the University of Canterbury in New Zealand. In the anthropology programme at Macquarie I teach in the areas of political anthropology, urban anthropology, the anthropology of art, while also co-convening some of the core units in the Masters of Research in Anthropology. In my teaching I try to engineer a meeting - as anthropology always does - between more abstract social theory and particular ethnographic interpretation and representation. At the moment I am interested in the broad areas of the anthropology of the city, the politics and lived experience of Islam, and in the potential of people to alter themselves through a range of modalities such as political activism, art and craft, religion, and 'self'-help projects.

All of these interests have been fostered by my fieldwork in the wonderful/terrible city of Istanbul, where I have lived on and off for a number of years. Istanbul is my base for my ongoing study of Islamic and secular social movements in Turkey, in which I explore the ways Islam in the Turkish context has been organized and practiced. My years in Turkey (and other places) have also encouraged my interest in republicanism, nationalism and literature, as well as how the organization of space and architecture are connected with these political practices.

Most of my work in Turkey has been dealing with the political repercussions of Turkish Republicanism, both in terms of its excluding and assimilating nationalism and in the light of its state-controlled secularism. For this reason I have done work on the Kurdish question in Turkey and on the politics of Islam, both of which reveal the way Turkish politics is structured to  limit the ability of civil society to democratically self-organize, free from the heavy hands of the State and Government.

Secondly, and as part of my research on Turkish Kemalism, I have a particular interest in the politics of the built environment and the control of space by the Republic. My research into the built environment has also taken a historical turn, in more recent analysis concentrating on the prime social actors in Istanbul in the late 70s and their creative generation of space to do politics. Here I wish to provide a recent political history of Istanbul, focusing on the bitter struggle between leftists and rightists leading up to the military intervention of 1980, including description and analysis of a range of spatial interventions including the segregation of space, occupation of suburbs, use of violence, and sonic politics. I also study the fate of Istanbul in the wake of the 1980 coup detat, detailing the Turkish Armed Forces' violent pacification of the city.

A more recent concern that binds together some of the discrete threads of my research is in phenomenological anthropology. Here I explore how certain of its primary concepts provide anthropology with a suggestive language and with useful explanatory ideas for apprehending human engagement with things, living beings, and meanings.

Book project: City of the Fearless: Urban activism in Istanbul 1975-1983

Book Project: City of Fearless: Violence and Spatial Politics in Istanbul 1977 - 1982. I plan to both to continue researching and writing this manuscript, for which I have signed a book contract

Strategies and Memories of Spatial Terror in Istanbul, 1978-1980

Istanbul, City of the Fearless: urban activism, coup d'etat, and memory in Turkey

Anthropology as critique: the legacy of Joel Kahn

Before the next massacre: cultural supremacism or shared ordinariness?