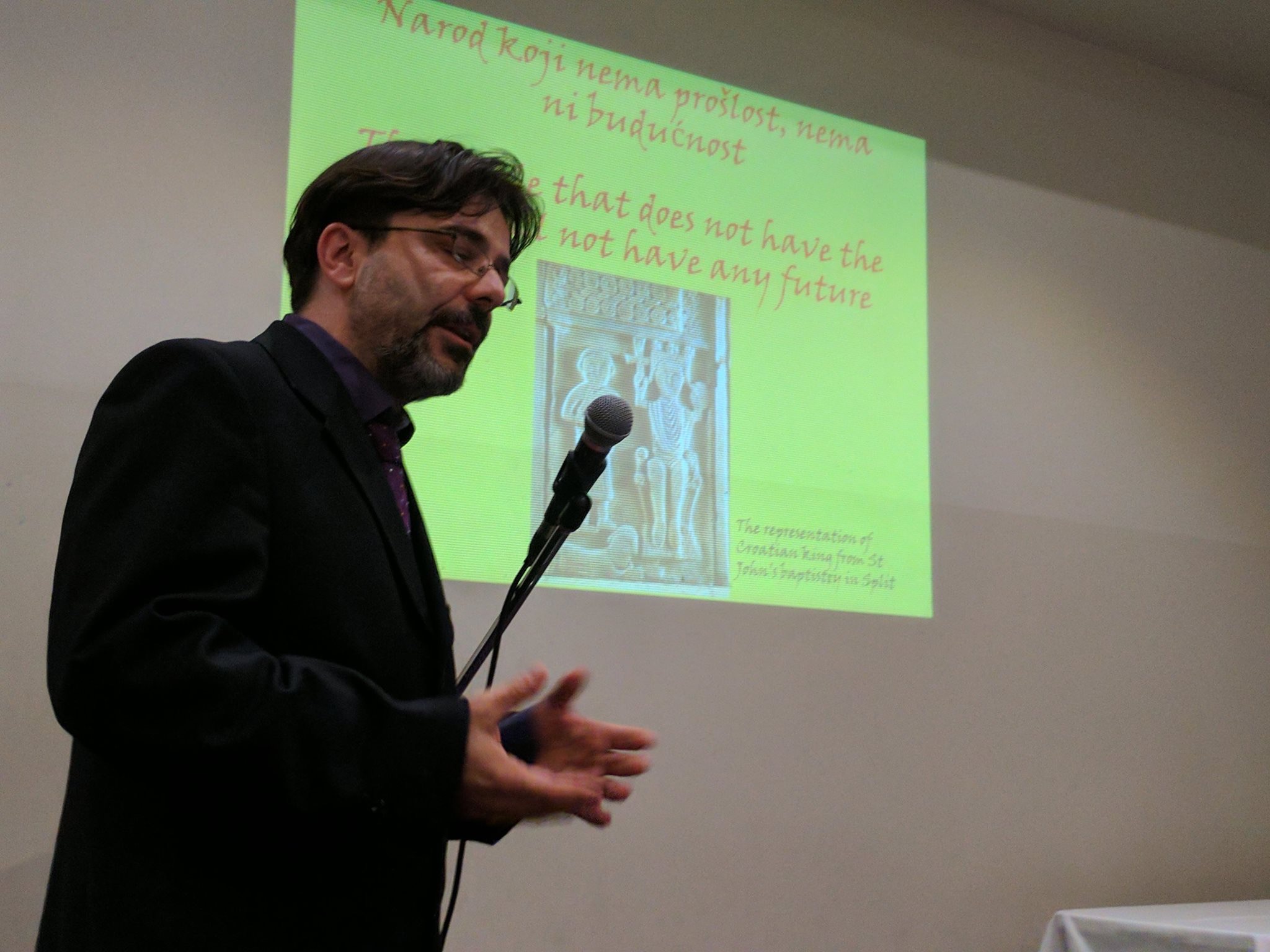 Dr Danijel Dzino is an Lecturer in the Departments of Ancient History and International Studies (Croatian Studies). Dr Dzino was born within the ancient borders of the Roman civitas Daesitiatum, in provincia Dalmatia. He completed his BA (Hons) (1997-2000), MA (2001) and PhD (2002-2005) in Classics at the University of Adelaide. He was a Visiting Research Fellow at the University of Adelaide (2006-2009) until moving to Macquarie University to start work on his ARC postdoctoral grant (2010-2014).

Dr Dzino is involved in different projects with scholars in Croatia - currently he is partner-investigator on the project Archaeology of Adriatic Shipbuilding and Seafaring (AdriaS), financed by Croatian Science Foundation, led by Dr Irena Radic-Rossi from University of Zadar . He also maintains active collaboration with the Centre for Croatian Studies at Macquarie University, including co-editorship of the journal Croatian Studies Review.

Dr Dzino also participates in the Project Varvaria-Breberium-Bribir. The excavations are conducted by Macquarie University at the site Bribirska glavica near Skradin in Croatia in partnership with the Museum of Croatian Archaeological Monuments (Muzej Hrvatskih arheoloških spomenika), from Split, Šibenik City Museum and Theologiske Meninghsfakultat from Oslo.

The research interests of Dr Dzino are focused on the region of ancient and early medieval Illyricum, which roughly corresponds with the western and central regions of the Balkan peninsula, the modern countries of Croatia, Bosnia and Herzegovina, Montenegro, Albania, Serbia and Slovenia, and the surrounding regions. His particular research passions are the issues related to the identity of the pre-Roman indigenous population (the so-called "Illyrians") and their identity-transformations in the Roman and post-Roman periods, but also modern perceptions of ancient and medieval past of this region. His other area of interest is the modern perception of those identities and their role in the construction of ethnic identities in post-Yugoslav spaces.

Ancient history, Doctor of Philosophy, The University of Adelaide

A view from the Carolingian frontier zone

A view from the frontier zone: Roman conquest of Illyricum

From Byzantium to the West: "Croats and Carolingians" as a paradigm-change in the research of early medieval Dalmatia

Migration, integration and connectivity on the southeastern frontier of the Carolingian Empire