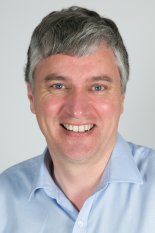 I am the Associate Dean Research in the Faculty of Science and Engineeringa. From 2016-2018 I was the Director of the MQ Photonics Research Centre. From 2009 to 2012 I was Head of the Department of Physics and Astronomy. I am a member of the Optical Society of America and the Australian Optical Society. I was previously a Macquarie University Research Fellow (1992 to 1994), then spent eight years in the department of Atomic and Laser Physics, University of Oxford first as a Postdoctoral Research Associate (1995-1999) and then as an EPSRC Advanced Research Fellow (1999-2003) before returning to Macquarie in 2003.

If you are propsective PhD student and find any of my research areas below of interest, please email me.

I also like to have fun with high power lasers:

Lasers in the night sky, under direction of air traffic control.

My research on optical vortex beams focuses on high orbital angular momentum beams, their generation and propagation in optical fibres and free space and techniques for characterising and visualising these beams. I also explore mode coupling effects of these beams in multimode optical fibres.

My research on astrophotonics includes developing spectrographs and calibrators for spectrographs for precision radial velocity measurement for exoplanet detection and characterisation. I also explore beam propagation effects in the fibres used to couple light from the telescope to the spectrograph. For example, exploring the effects of microbends in multimode optical fibres:

Simulation of the effect of a microbend on the far-field output of a multimode optical fibre with off-axis input.

instrumentation
Your message has successfully been sent.
Your message was not sent due to an error.
If you made any changes in Pure these will be visible here soon.