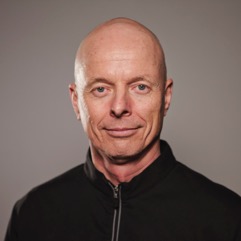 Jon Burtt is an artist, teacher, and scholar working across dance, theatre and circus. He is a Lecturer in Dance and Performance Studies in the Department of Media, Music, Communication, and Cultural Studies (MMCCS) at Macquarie University in Sydney. In 2016 he was recognized with a Vice Chancellor’s Citation for Outstanding Contribution to Student Learning. In 2017 he launched a new Circus and Performance unit in the Dance and Performance Major, and is the founder of the Macquarie Circus Training Group. He is one of the Team of Directors at MMCCS.

Jon is an ex-performer and director and enjoyed considerable success performing in and directing works which toured widely across Australia and Asia. He publishes across a number of research areas, including social circus, circus training and creative practice. His Masters thesis, based on field work, was an investigation into the practice of rope and pole Mallakhamb in India. His Doctorate was based on an in-depth study of new cognitive approaches to circus training at the National Circus School in Montreal where he was Researcher-in-Residence.  He publishes in academic journals such as New Theatre Quarterly; Theatre, Dance and Performance Training; and the Journal of Arts and Communities.

Jon Burtt's co-authored book, Contemporary Circus, is forthcoming 2019 from Routledge. Jon is currently researching and writing a new book on social circus drawing on his background in social circus, in particular, his time working for Cirque du Monde in far-North Canada.

BLAKflip and Beyond: Aboriginal performers and contemporary circus in Australia