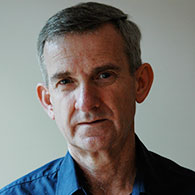 Dr. Mark Hearn is a senior lecturer in the Department of Modern History, Politics and International Relations, Macquarie University. His research focuses on the history of ideas and governance in late nineteenth and early twentieth century Australia. In 2006 he was awarded the C.H. Currey Memorial Fellowship from the State Library of New South Wales to research the fin de siècle imagination in Australia, 1890-1914. In 2014-2015 he was an Australian Prime Minister’s Centre fellow, Museum of Australian Democracy, Old Parliament House Canberra, for the project, ‘We are a free people’: Alfred Deakin and the mobilization of Australian democracy, 1901-1911.’ In 2018 he was a visiting scholar at the Centre for Philosophical Studies in History, University of Oulu, Finland, researching the historical periodization of the fin de siècle.

'We are a free people': Australian liberal governmentality in peace and war, 1901-1921

Contesting 'the Ballarat cry': interpreting the unstable narrative of trade and race in the 1903 federal election

Centre for Philosophical Studies of History, University of Oulu