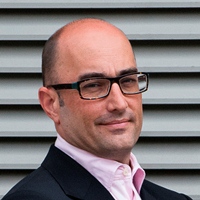 A/Prof Martin Brown graduated from London University in 1994 and completed specialist training in both Cardiology and General Medicine in 2007. He studied a Fellowship in advanced heart failure and heart transplantation at The Prince Charles Hospital in Brisbane in 2008 and was a staff cardiologist in the cardiac transplant unit for 5 years, before returning to Sydney in 2014. He is currently an honorary visiting medical officer at the Royal Prince Alfred Hospital and a VMO at the Northern Beaches, Macquarie University and Sydney Adventist Hospitals. He is founder of the Sydney Pulmonary Hypertension Specialist Group.

A/Prof Brown was head of departmental research at the Advanced Heart Failure and Transplant Unit, The Prince Charles Hospital for 5 years. He has over 60 publications and is a guest reviewer for journals such as Heart, Lung and Circulation, Circulation, European Heart Journal and European Society of Cardiology.

He is a Clinical Associate Professor at Macquarie University and a Senior Lecturer at the University of Queensland.

He has been an investigator in multiple international trials and is currently running several clinical trials in heart failure and pulmonary hypertension at Macquarie University Hospital.

ADVANCE-outcomes: A Phase 3, randomized, double-blind, placebo-controlled study to evaluate the efficacy and safety of ralinepag when added to pulmonary arterial hypertension (PAH) standard of care or PAH-specific background therapy in subjects with World Health Organization (WHO) Group 1 PAH: APD811-301

Cardiovascular toxicity of targeted therapies for cancer: a protocol for an overview of systematic reviews

Improving the echocardiographic assessment of pulmonary pressure using the tricuspid regurgitant signal: the “chin” vs the “beard”

Chin
Ventricular Pressure
Vascular Resistance
Blood Pressure
Pressure
Your message has successfully been sent.
Your message was not sent due to an error.
If you made any changes in Pure these will be visible here soon.