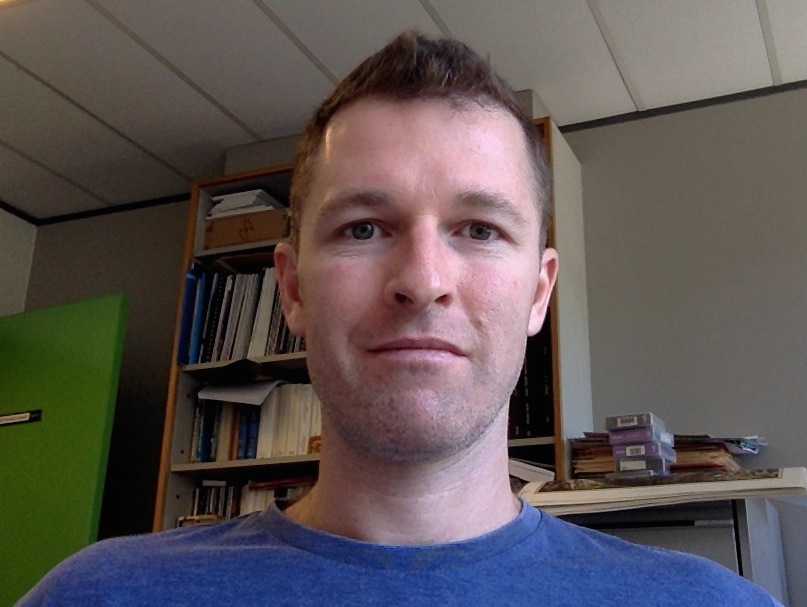 Dr Matt Owers (B.Sc. (Advanced Physics, hons. class I) University of Wollongong 2003, Ph.D University of New South Wales 2008)  is a Future Fellow and Senior Lecturer at Macquarie. Previously, he was a Super Science Fellow at the Australian Astronomical Observatory (2011-2014), and a postdoctoral researcher at the Centre for Astrophysics and Supercomputing, Swinburne University of Technology (2008-2011).

Broadly, Dr Owers' research interests are in the field of galaxy evolution, and how the large-scale environment impacts the properties of galaxies. He is involved in several large Australian surveys, including the Galaxy And Mass Assembly survey (http://www.gama-survey.org), the SAMI Galaxy Survey (https://sami-survey.org), as well as planned surveys such as WAVES (https://wavesurvey.org) and Hector (https://www.aao.gov.au/technology/new-instruments/hector).

The impact of impact: what stops star formation in cluster galaxies?

Unlocking the invisible: a large format camera for astrophotonic research in the near infrared

Galaxy and Mass Assembly (GAMA): environmental quenching of centrals and satellites in groups

KROSS-SAMI: a direct IFS comparison of the Tully–Fisher relation across 8 Gyr since z ≈ 1

Star-forming, rotating spheroidal galaxies in the GAMA and SAMI surveys

radio galaxies
merger
radio
excitation
active galactic nuclei
Your message has successfully been sent.
Your message was not sent due to an error.
If you made any changes in Pure these will be visible here soon.