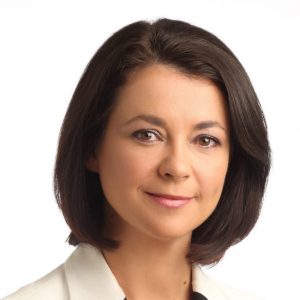 Clinical Professor Meredith Makeham is the Chief Medical Adviser for the Australian Digital Health Agency. She is also holds professorial appointments at the University of Sydney and Macquarie University, and is a practicing general practitioner in Sydney.

In her role as Chief Medical Adviser, she leads the Clinical Advisory, Safety and Quality division of the Australian Digital Health Agency and is the lead clinical spokesperson for the organization. She has played a major role since joining the Agency in November 2016 in the delivery of Australia’s National Digital Health Strategy and the delivery of the My Health Record system to all Australians who wished to have one with the opt-out participation model in February 2019, frequently speaking on television and radio, and at major conferences and events.

One of her key responsibilities includes overseeing the clinical governance and safety of the infrastructure and systems operated within the national digital infrastructure. She is responsible for the Clinical Governance Framework for the organization, and plays a key role in leading data quality and safety assurance activities.

She is responsible for the engagement of key clinical peak organisations and colleges, as well as overseeing the workforce and education strategy for the organisation. This requires strong relationships and broad engagement with state and federal departments of health, as well as education delivery organisations, including Primary Health Networks, the AMA, RACGP, Pharmacy Guild, Pharmaceutical Society of Australia, and many other groups including allied health and specialist peak bodies across Australia.

Meredith is the lead ‘Research Advisory’ executive for the Agency and supported the development of the My Health Record benefits measurement program and ‘test beds’ program of work, which have partnered with academic institutions across the country to enhance the use of the system and monitor benefits delivered. She also chairs the ‘Joint Committee for digital health and genomics’ which is exploring the way My Health Record and other digital health infrastructure can support precision medicine in the future.

She is the lead executive for international engagement, and has led the delivery of the ‘Global Digital Health Partnership’ (GDHP). Commencing in February 2018, this is an international collaboration of 25 governments and government agencies who have responsibility for the delivery of digital health products and services to their citizens as well as the World Health Organisation.

Her recent key research outputs include a WHO Safer Primary Care technical report on systems and administrative error in Primary Care, a report for the Australian Commission on Safety and Quality in HealthCare on the investigation of health IT incidents and the My Health Record system, the GraceMed study which has exposed the large difference and high risk nature of GP and residential aged care facility electronic medication information, a systematic review of the literature commissioned by the Sax Institute on Patient Safety in Primary Care, and numerous papers on the PISA study with an international collaboration based at the Cochrane Institute, Cardiff University, investigating incidents in Primary Care from the England and Wales National Reporting and Learning System.

Meredith is a general practitioner in the teaching practice at Macquarie University, Sydney. She has had a long association with her professional college and general practice representative and educational organisations at the board level, and was appointed as a member of the Clinical Advisory Council for the Sydney North Health Network (PHN) in 2015. She has a background and ongoing interest in medical education, having formerly been the Course Coordinator for the medical program at UNSW in Primary Care, and was appointed to the Australian Medical Council’s Board of Examiners and Chair of the Population Health and Ethics group (responsible for the selection and design of questions for the written AMC examinations).  She is a Fellow of the Royal Australian College of General Practitioners, was a former board director of the College and a recipient of the College Medal.  She has also had numerous appointments in a philanthropic and honorary capacity, providing support to a number of not-for-profit health organisations.  These include the Medical Advisory Committee for Family Planning NSW, and she is a currently a board member and the Chair of the Research Subcommittee for the Alport Foundation of Australia, a charitable foundation supporting genetic renal research.

Sharing information safely and securely: the foundation of a modern health care system