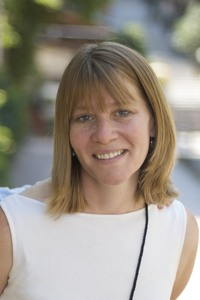 Susan Lupack was awarded her B.A. with honours in Classics from New York University, and then her M.A. in Latin and her Ph.D. in Classics, with a specialty in Greek and Roman Archaeology, from the University of Texas at Austin.  During her graduate career, she spent two years at the American School of Classical Studies at Athens working on her doctoral thesis, “The Role of the Religious Sector in the Economy of Late Bronze Age Mycenaean Greece,” the first year with a Fulbright Fellowship, and the second as an American School Capps Fellow. After obtaining her doctorate, she was awarded a year-long postgraduate fellowship by the Institute of Aegean Prehistory, which she used to turn her thesis into a book.  Since that time, Susan has published many articles and book chapters on Minoan and Mycenaean economy and society, including two chapters in the Oxford Handbook of the Bronze Age Aegean: “Minoan Religion” and “Mycenaean Religion.”

Susan is also an active field archaeologist, and has worked on projects in Italy, Israel, Cyprus, and Greece, including the Pylos Regional Archaeological Survey and the Athenian Agora Excavations.  Since 2006 she has been working on the Eastern Boeotia Archaeological Project, from 2006 to 2012 as co-director and since then as a Senior Ceramics Analyst, for which she and her co-directors were awarded a major five-year grant from the Canadian Social Sciences and Humanities Research Council.  Susan has taught at Brooklyn College, University College London, and the University of Pennsylvania, and from June 2013 to February 2017 she held the position of Editor of Hesperia, The Journal of the American School of Classical Studies at Athens. She was very happy to join the Ancient History Department of Macquarie University in February 2017, where she endeavours to bring her enthusiasm for the ancient world to her students in Greek archaeological and language classes. She has recently finished editing the “Homeric World” section of the new Cambridge Homer Encyclopedia (Cambridge University Press), and she has begun work on her next book, Mycenaean Religion.

Mycenaean Religion: The Formation and Expression of a Society's Identity

The Archaic and Classical Pottery of Eleon

The experience of religion in Mycenaean Greece

Introduction to the Homeric world

New Work on the Perachora Peninsula: The Sanctuary of Hera and Its Eastern Connections

The University of Texas at Austin