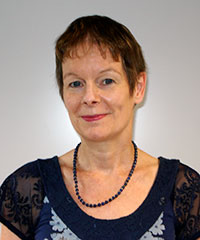 Past research projects and publications have included studies on: Bertolt Brecht, the reception of German-speaking playwrights in Australia (Brecht & Co: German-speaking Playwrights on the Australian Stage); and on the creation of cultural identity in inter- and transcultural contexts. Her research has contributed new insights into Australian-German cross-cultural relationships and into the Arts’ engagement with cultural diversity in German-speaking countries and beyond.

Her latest publications offer fresh perspectives on our current fascination with ‘Real People’ narrating their lives and sharing their memories on stage. Her recent co-authored monograph  explores how innovative documentary theatre, such as Theatre of Real People, has created a sense of the real and authentic, asking whether this aesthetic strategy contributes fresh ways of perceiving culturally diverse and unfamiliar people.

- Multilingualism on the Berlin stage

- Cultural identities in theatre, literature and film and the Arts’ engagement with cultural diversity in Germany and beyond

- Theatre of Real People: ‘Real People’ narrating their lives and sharing their memories on stage

Co-founder of the Research Cluster "Staging Migration in Berlin: Opera, Theatre, Film, Performance" in the Department of International Studies: Languages and Cultures

Education, Diploma of Education, The University of Melbourne

Multilingualism on the Berlin Stage: Language Use and Cultural Diversity in Contemporary Text-based Theatre

Beyond cultural borders: Barrie Kosky's rethinking of community in artistic and practical terms

Multilingualism on the Berlin Stage: Language Use and Cultural Diversity in Contemporary Text-based Theatre

Theatre of real people: diverse encounters at Berlin's Hebbel am Ufer and beyond

Severn, J. R. & Garde, U., 2020, (In preparation) Theatre and internationalization: perspectives from Australia, Germany and beyond. Routledge, Taylor and Francis Group

language
learning
student
Your message has successfully been sent.
Your message was not sent due to an error.
If you made any changes in Pure these will be visible here soon.